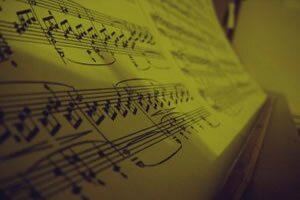 You’ve just finished playing the piano for family members or some friends. If you’ve truly played poorly, the instinctive thing to do is to delve into a repertoire of excuses, some of which might include:

“Who can play at this time of day?”

“Of course that wasn’t good. You try playing when someone in your audience has a whistling nose.”

“I just started his piece last week. What do you expect, Liberachi?”

“Okay, so you try playing it. It’s difficult, man!”

Although there may be truth peppered in these thoughts, the last thing that a pianist wants to do is to get into the habit of jumping into an excuse. It is unprofessional and, although beginners are by no means professionals, they must aspire towards the habit of behaving professionally for a smoother road in the future.

Almost worse than the ‘excuse for poor playing’ statements, are excuses given when a performance is actually good. Not being able to take a compliment is one of the worst habits that you can acquire. Here’s why.

If an audience member throws a compliment your way, they may actually be sincere, rather than just attempting to be nice. If you deny them their opinion, then you lesson yourself and them. Here’s an example.

Audience member: “That was so great. I loved your playing.”

“Oh, come on. I stunk! I can’t believe anyone really liked that garbage performance.”

“Ya, but did you hear all of those mistakes that I made? I’m so embarrassed.”

“You’re just saying that to be nice. You don’t have to be nice, you know. Just tell me the truth for a change. My playing was terrible.”

In the first response, you’ve destroyed your audience member’s credibility. If they really liked your performance, then they’ve just told that person that their opinion is uninformed and blatantly incorrect.

In the second response, you’ve just told an unsuspecting admirer that you made a lot of mistakes. Perhaps they really didn’t hear or focus on that aspect of your playing. You’ve now downgraded your performance. Your admirer may possibly be convinced that you did not play that well, after all.

The third response is downright offensive. Just because you’ve hit rock bottom in an emotional roller-coaster ride, doesn’t mean that you have to take a passenger along with you on that ride.

So how can you rid yourself of excuses, and ineffective and unprofessional responses? That’s easy. Practice stating the correct responses. For example, if someone asks you to play the piano and you don’t play well, then try:

1. smiling at the end of the performance,

2. taking a bow even if you don’t feel like it,

3. saying “there you go” or “thanks for letting me play for you”.

Of course, if you played poorly to the point that you couldn’t even get through the intended piece, then you can most certainly have a sense of humor about the situation without putting yourself down excessively. “Oops” or “Okay, I guess I need a bit more practice” are acceptable. However, the better solution would have been not to have played in the first place. Play only if you are very prepared mentally, physically and emotionally.